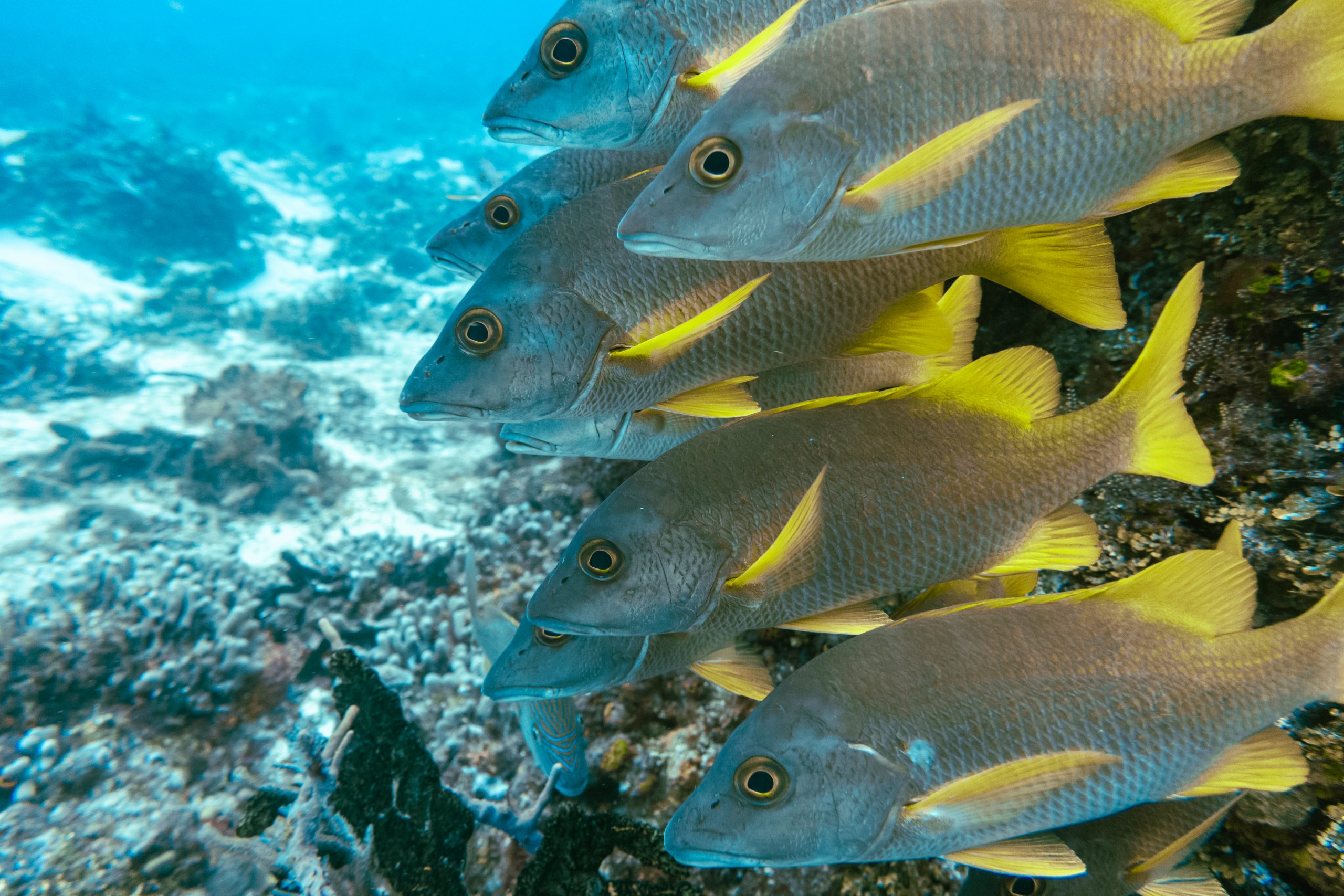 Organised Crime in the Fisheries Sector

Presenting the current state of knowledge on organised crime in the fisheries sector in the context of pursuing a sustainable ocean economy. 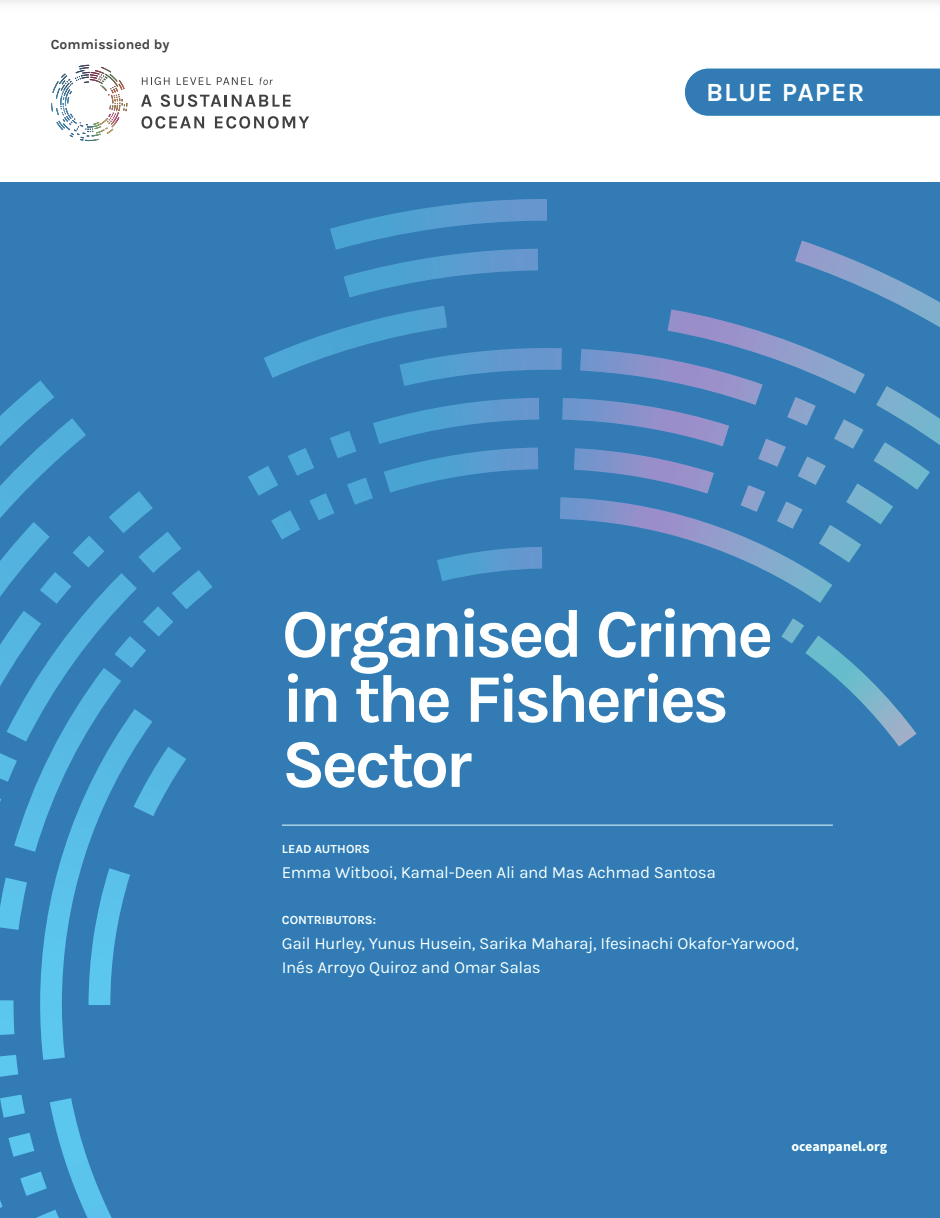 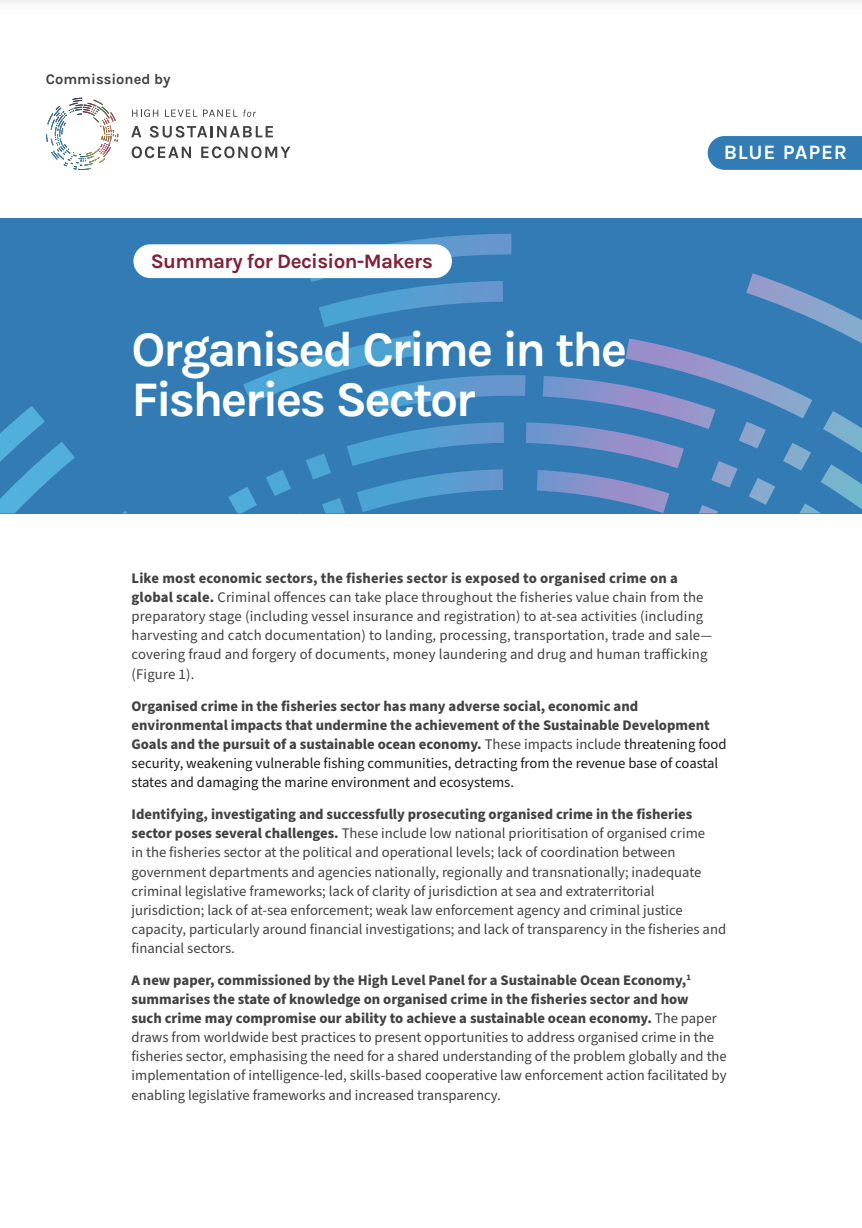 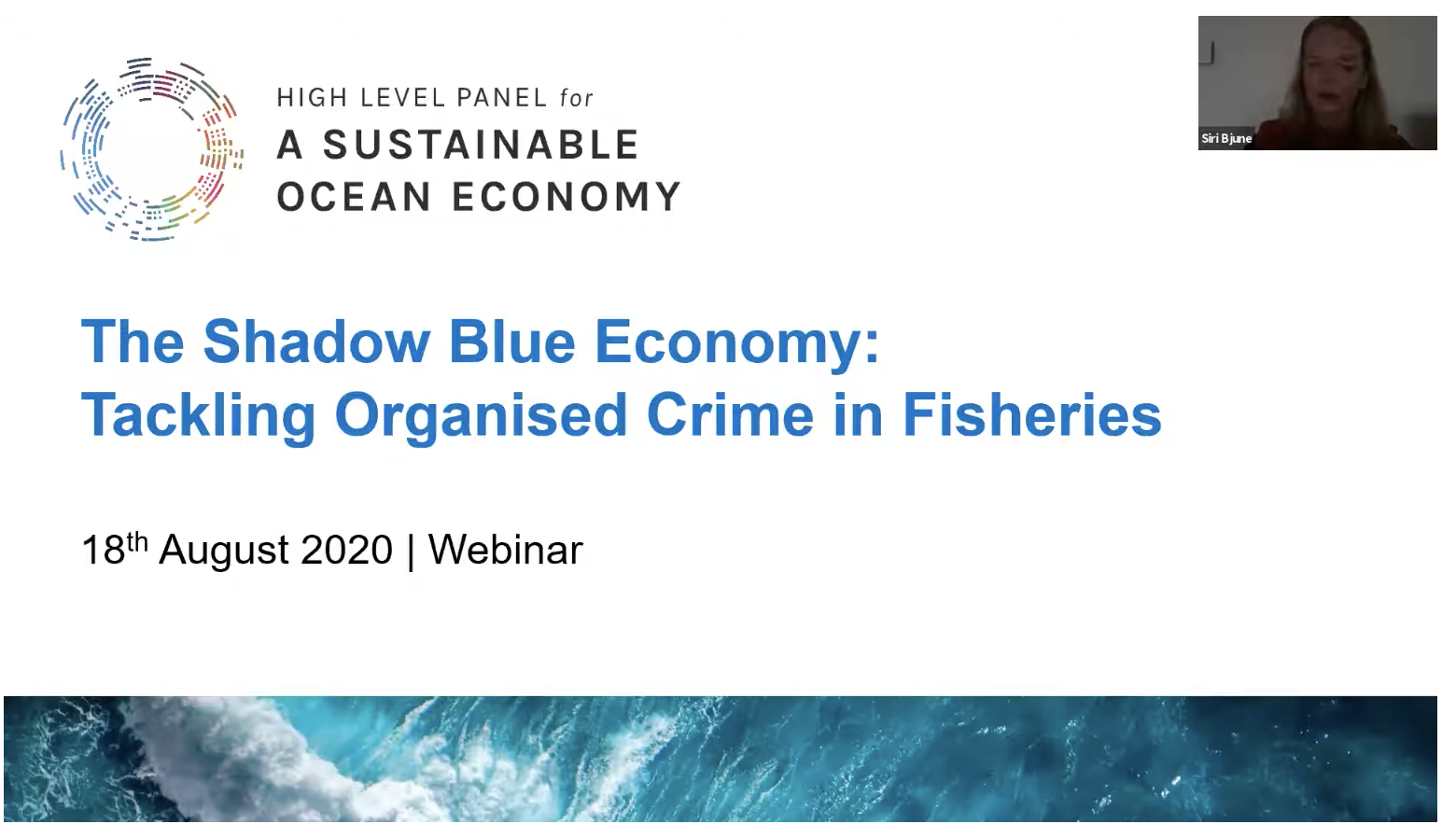 Criminal activity in the fisheries sector, which has concerned the international community for years, has become increasingly organised. Frequently transnational, such crime can manifest in a broad range of offences, the most common being economic crimes such as money laundering, fraud, forgery, tax and customs evasion, corruption and human trafficking. Anecdotal, scientific and case-based evidence of the multitude of manifestations of organised crime in fisheries; its widespread adverse impacts on economies, societies and the environment globally; and its international security implications is now publicly available.

This paper draws on this evidence, presenting the current state of knowledge on organised crime in the fisheries sector in the context of pursuing a sustainable ocean economy. The paper presents practical recommendations for worldwide best practices to address organised crime in fisheries, emphasising the need for a shared understanding of the problem and the implementation of intelligence-led, skills-based cooperative law enforcement at a global level, facilitated by enabling legislative frameworks and increased transparency.