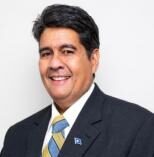 Surangel Whipps, Jr. is the 10th President of the Republic of Palau. Inspired by his father’s childhood and humbling beginnings, Whipps is a two-term senator having served in the 8th and 9th Olbiil Era Kelulau (OEK, Palau National Congress) from 2009 through 2016, when he first ran for the presidency. Whipps’ Senate report card maintains his reputable record in policy making to promote and protect the best interests of Palauans. He conducted more than 100 oversight hearings to promote transparency and accountability in delivery of government services. He is also best known for spearheading the first bill introduced in the 9th OEK that became law to increase the minimum wage since its enactment in 1997. Whipps brings to the leadership role over 30 years of experience managing one of the largest growing company in Palau. As CEO and president of the Surangel and Sons Company, he led its expansion from a one floor store with 50 employees to a diversified company employing over six-hundred people.

Whipps’ slogan – “A Kot a Rechad er Belau” (Palauan People First) actually originated from his father, who was active in the Save Palau movement to protect Palau’s marine resources, and who ran for congress many times before being elected. In response to unfair treatment in the workplace, lack of career opportunities for Palauans, challenges hindering young Palauan entrepreneurs, and the unchecked exploitation of Palau’s natural resources, the slogan represented conviction that Palauans must reap the opportunities Palau has to offer, and the commitment to push for the improved welfare of Palauans to be foremost in their country by their government. In 1997, Whipps’ father introduced the minimum wage law that was finally increased for the first time in 2013 by Whipps. The second presidential race by Whipps in 2020 became the fifth time he had gone around Palau visiting all the households in a national election. His firsthand observations continue to warrant need to prioritize Palauans and the work towards the realization of “A Kot a Rechad er Belau”.

Whipps’ platform envisions Palauans to have improved quality of life and have incentives and opportunities to pursue their happiness. As a result, they are the force that drives the progress of our island nation. One of Whipps’ primary policy priorities include a focus on developing and promoting our human resources and fostering our economy, while striking a balance in the protection of our environment with putting the Palauan people first. His broad knowledge and vision for our island nation are enriched by his past and current participation in various community and non- and semi-governmental organizations that include the Compact of Free Association (COFA) Transition Committee, COFA Trust Fund Board, 2nd Constitutional Convention, Post Con-Con Political Education Committee, Council of Chiefs, Palau Conservation Society, Pacific Resources for Education and Learning (PREL), Workforce Investment Act, Palau Chamber of Commerce, the Palau SDA School Board, Executive Committee Guam Micronesia Mission, Guam SDA Clinic, Palau Shipping Company, and Honorary Counsel of the Republic of Korea to Palau. His experience is combined with his formal background earning a bachelor’s degree in Business Administration in economics from Andrews University in Michigan and an MBA from Anderson Graduate School of Management at University of California, Los Angeles (UCLA). As a requirement for his MBA, Whipps was part of a team that conducted a field study in Palau in which the results are still applicable today and were shared with the executive and OEK at that time: Policy Recommendations-Foreign Investment, Foreign Labor, and Minimum Wages. His initiation into the national government was as Special Assistant on economic matters and foreign policy to the late President Ngiratkel Etpison.

Whipps was born in Baltimore, Maryland on August 9, 1968, while his Palauan father and American mother from Maryland, were working their way through college. At the age of four, when his parents finished their schooling, they moved to Palau and has been their home since. Whipps grew up with their family business that started with his parents improvising to sustain their living by opening a restaurant, fishing and selling their catch, taking tourists out to the rock islands and diving, and selling goods out of their house. While in elementary school he worked at the restaurant, fished at night with his father, and drove the boat with tourists. In high school, he spent every afternoon at the store, and while in college, he spent every vacation working in the family business. He is also proud of his first entrepreneurial work at age ten mowing lawns in his neighborhood. Whipps is the eldest of the four children of Rekemesik Surangel and Marilyn Whipps. A Seventh-day Adventist, he maintains his father’s tenets for happiness – a God centered home, always time for family, hard work ethic, and achieve highest education opportunity. Whipps married Valerie Esang Remengesau in 1999. They are proud parents of three daughters named after his endeared paternal aunts and grandmother — Moded, Ultei, and Ngederong — and a son, his name sake, Surangel Arthur, also named after his maternal American uncle. Having a big family has brought more joy to his favorite pastimes. Together with his wife and kids, they play basketball, go fishing and diving, including skiing and snowboarding during spring breaks.