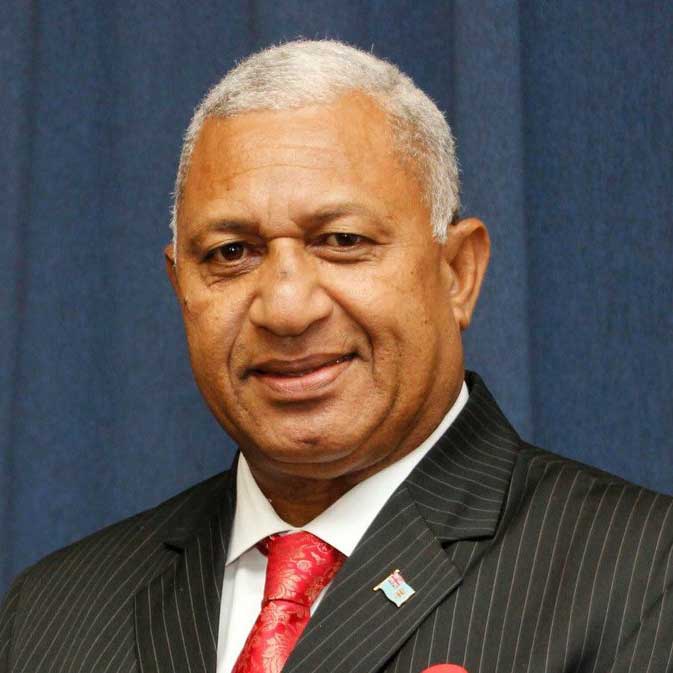 Frank Bainimarama has been the Fijian Prime Minister since 2007. Under his leadership, Fiji has undergone a broad program of social, economic, electoral and constitutional reforms, leading up to the establishment of Fiji’s first genuine parliamentary democracy of equal votes of equal value in 2014.

The Prime Minister and COP23 President is one of the leading global voices calling on the international community to commit to more ambitious targets to curb the carbon emissions that are warming our planet. Joining his fellow leaders from the Pacific, he is committed to drawing global attention to the impact climate change is having on vulnerable communities, including Pacific Islanders and the residents of other Small Island Developing States (SIDS) and low-lying areas of the world.

Under his leadership, Fiji was the first country to ratify the Paris Agreement. It has also offered to give permanent refuge to the people of Kiribati and Tuvalu should their countries become uninhabitable due to rising sea levels. As the President of COP23, the Prime Minister has issued a worldwide call for every level of government, every section of civil society, and all businesses great and small to join him in forging a “Grand Coalition” to defend the collective agenda and increase the momentum for change, with a particular focus on climate adaptation and building resilience.