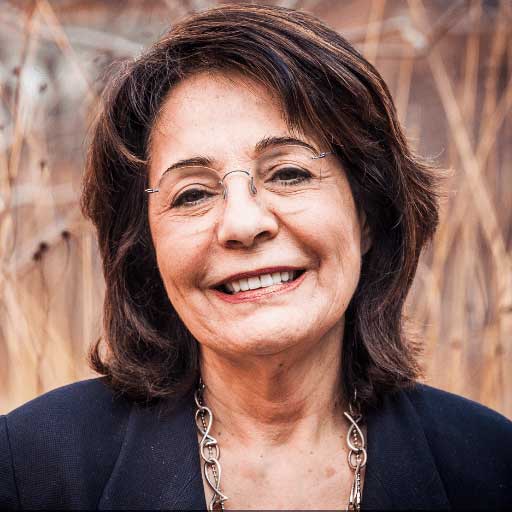 Maria Damanaki was born on the Greek island of Crete on 31 May 1952. Maria graduated with honors from the National Technical University of Athens with a Master of Science in chemical engineering. She has also a one-year Degree from Lancaster University on Gender issues. Maria Damanaki has authored four books on European issues, human rights, education and women’s rights.

With over 30 years of public service in Europe, Damanaki recently served as European Union Commissioner for Maritime Affairs and Fisheries.

Maria Damanaki served as the Global Managing Director for Oceans at The Nature Conservancy.

Maria Damanaki co-chairs the UN Sustainability Committee for Blue Growth and she co-chairs the advisory network of the High-Level Panel for Oceans created by the Norwegian Prime Minister and 13 PMs around the world. She is a member of the Friends of Ocean Commission of the World Economic Forum. She sits on the Board of Directors in Oxford Martin School Ocean Program, University of Oxford, the Boards of Monaco Ocean Foundation and Oceanographic Institute, the board of European Marine Regions Forum and the Board of Marine Stewardship Council (MSC).